Ringer
CDSC Gets Nod to Sell its SLB Product to Pension Schemes
How I use hydroponics to feed my 700 chickens and guinea fowls
CBK’s Forex Reserves Plunge to $ 8.2 Billion
Safaricom’s first dealer who built a multi-million empire
Eneza e-learning platform to be available in Rwanda
Facebook Supporting Kenya and Other Elections in Africa
Boosting Network Connectivity in Rural Kenya: A Case of Ngurunit
The Rise of Meme Culture in Kenya
Narok County Settles 90pc Outstanding KEMSA Bill After 3 years Break
Tension at Standard as Staffer Succumbs to COVID-19
Home Economy Shippers call for scrapping of cash deposits for containers as security
EconomyGovernment & PolicyInsurance

Shippers call for scrapping of cash deposits for containers as security 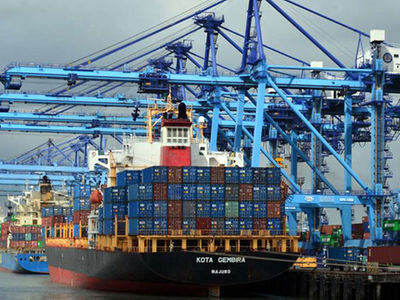 Cash deposits charged by shipping lines as a guarantee for the return of cargo containers by importers could soon be scrapped.

The Intergovernmental Standing Committee on Shipping (Iscos) has stepped up the push for the elimination of cash deposits. Iscos Secretary General Daniel Kiange said it is a trade barrier at both the Mombasa and Dar es Salaam ports.

“We have had a number of meetings. The Tuesday virtual meeting with industry players was fruitful. We have suggested doing away with cash deposits as a container guarantee, and moving to either the use of insurance or signing a guarantee form between the traders and shipping agents,” he said.

In 2016, presidents Uhuru Kenyatta (Kenya), Paul Kagame (Rwanda) and Yoweri Museveni of Uganda way asked stakeholders to find a solution between shipping lines and insurers to end the costly and inconvenient bonds.

The cost is determined by geographical location, market demand and the size of the container. An estimate of a new standard 20-foot container can be above $3,000, while a standard 40-foot may cost more than $4,000.

“We can no longer afford to import large quantities since each container is subjected to about $500 in charges, and the amount doubles for a 40-foot container, hence making it very expensive to traders who import millions of units. The cost is directly passed on to the consumers,” said Mr Lagat in the recent interview.

“Mombasa Port container cash charges have negative effects on regional trade and business since the port could increase its transshipment as it will encourage bulk importation. Most consider $500 per unit small money, but this has a ripple effect whenever we import millions of units,” said Haji Mwinyi, one of the traders.

The container cash charge is added to the containerised imported cargo to cater for its cost in case of its loss among other risks which include damage, abandonment or detention for prolonged periods.

The importer is refunded the deposit in full only when the container is returned to the freight station in Kenya, less any accrued demurrages and damages.

“We piloted the use of insurance, but traders failed to honour promises forcing insurance companies to suspend the process. It is easier to implement the new arrangement if clearing and forwarding associations in the EAC member states give assurance to shippers,” he said.

Mr Tellah added that the association is open for any workable propositions without hurting shipping lines.

Dr. James Mwangi joins Global CEOs in signing a commitment to champion a cross-sector collaboration for a Purpose–First Economy

CDSC Gets Nod to Sell its SLB Product...

Eneza e-learning platform to be available in Rwanda

Interview with Coca-Cola Communications Director on Role of...